Making marshmallows is tricky, but well worth the effort. This is a basic recipe, but you can add your own flavours and colours to make it your own. Or, just keep it simple for a delicious tea time treat. Either way you are sure to impress your friends when you offer them one of these. 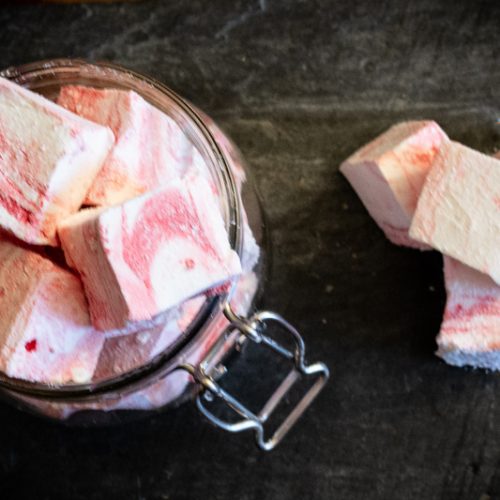 Caroline
This recipe is for a basic marshmallow. I added a dash of red colouring to get the effect shown in the picture, but you can add your own colours and flavours. This recipe requires a bit of skill.
Print Recipe Pin Recipe
Prep Time 1 hr
Cook Time 10 mins
Setting Time 2 hrs
Total Time 1 hr 10 mins
Course Afternoon Tea, Snack
Servings 128 Pieces